Transportation and Excretion: Movement of any substance from one place to another place is Transportation where Excretion is the process to expel metabolic waste products and other toxic substances from the body. Plants & animals both required food for; air & water for the maintenance & breeding of a cell. Each has to be supplied to the cell of the body in the right quantity.

The transport of material in plants is carried out by the vascular tissue.

Vascular Tissue: There are 2 types of vascular tissues found in plants

Xylem: Xylem transport water & nutrient upwards from the roots to the leave. Evaporation of water from the leaves during transpiration produces a pulling force causing water to move up

Phloem: It carries the food prepared by the leaves during photosynthesis downward to all parts of the plants. 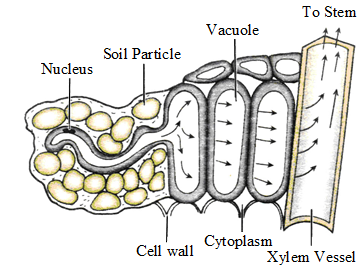 The process of loss of water in the form of vapors through the aerial parts of the plant is called transpiration. 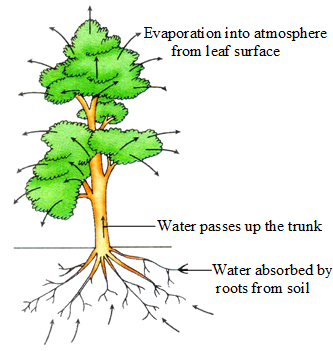 In higher animals, digested food, gases & waste material are carried by the blood. Blood flows through a network of tubes, which are called blood vessels & form a system known as the circulatory system

It consists of the heart, blood vessels & blood. 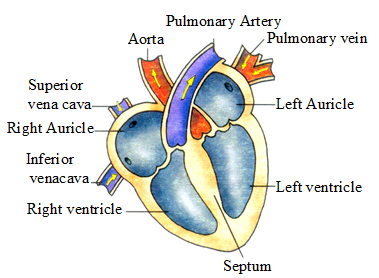 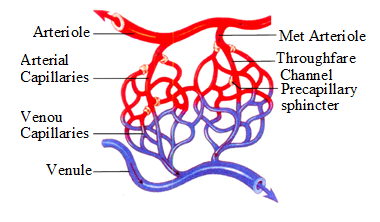 The process of removing waste from the body is called excretion

Several organs of body is involved in the process of excretion –

Chemical waste like urea are excreted by urinary system & skin. The excretory system in human beings consists of the following organs: 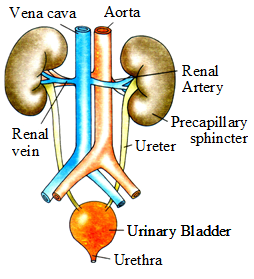 In our body there is a pair of kidneys located in the abdomen, one each on either side of the vertebral column. Each kidney is brick red in colour and bean-shaped. It weighs about 150 g and is about 12 cm in length, 6 cm in width and 3 cm in thickness

The ureters are two thin-walled, urine carrying ducts. A ureter originates from each kidney and is about 30 cm in length. The ureters run downward and open into the urinary bladder

It is a bag-like structure in which urine is stored. Its size and position varies with the amount of urine it contains. 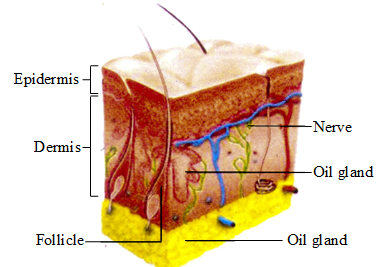 What are the main constituents of urine?

What are the lower chambers of the heart called?

Where are nephrons found in the human body?

Which gaseous products are excreted by plants?

Where is the dirty blood of our body filtered?

Which muscular organ pumps blood around the blood vessels?

What are the two lower chambers of the heart?

Which ventricle receives blood from the left auricle?

What will happen if there are no platelets in the blood?

Why is blood needed by all parts of the body?

How is water transported in plants?

What role do blood banks play in human health?

Why is transpiration important for plants?

What are capillaries? Why do they have thin walls?

What are the advantages and disadvantages of transpiration in plants?

Respiration in Plants and Animals