Cell: 5 things You Need to Know About Cell Class 8

The cell is the functional & structural unit of life as all the metabolic activity takes place in a cell. The study of the structure & composition of cells is known as cytology.

In this post, you will know all about cells which is explained at a standard level and students of 8th standard can study this and this is the best explanation of cell term in Biology.

Robert Hooke used a primitive compound microscope to examine thin slices of cork from the bark of an oak tree. He observed the hollow box-like structure similar to honeycomb for which he coined the term ‘cell’.

In these organisms, all the functions like nutrition, respiration, excretion & reproduction are carried out by a single cell.

Organisms are made up of a few to billions of cells.

The shape of  Cell

The Cells of animals & plants may be oval, spherical, cuboidal, columnar, polygonal, or spindle-like. The neuron is the longest cell in an animal body. 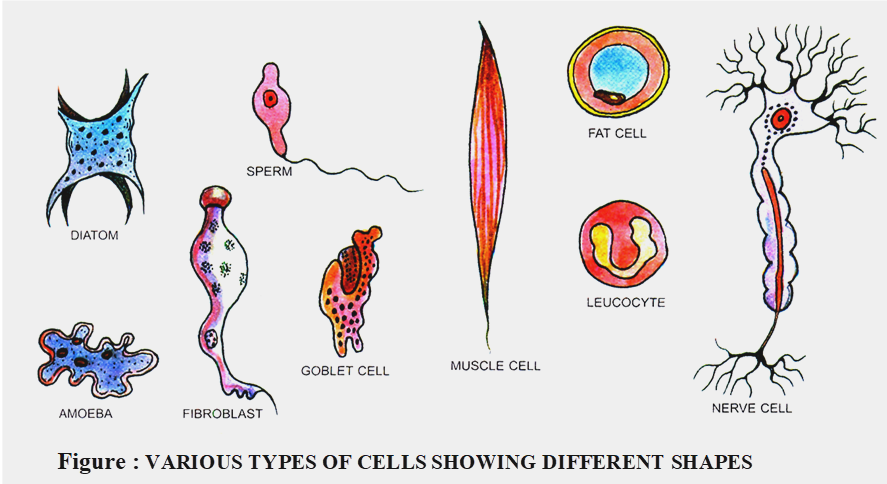 The cell of animals & plants shows the variation in their size.

For example – The largest living cell is the egg of an ostrich which is about 170 mm in diameter. The smallest cell is PPLO which is 1 μ small.

The cell membrane is also called the plasma membrane. In an animal cell, it is the outermost layer, whereas, in a plant cell, it is protected by the cell wall. It is a living structure and controls the entry and exit of some substances in and out of the cell. It also protects the internal components of the cell. It gives shape to the cell.

In addition to the cell membrane, plant cells have an outer thick layer called a cell wall. It is non-living and it mainly composed of cellulose. It is protective in function and mainly determines the shape of the cell. It is absent in animal cells.

It is a transparent, jelly-like living substance which fills the interior of an animal and plant cell. It is present between the cell membrane and the nucleus. It contains a number of minute living structures known as the cell organelles and many non-living substances known as cell inclusions.

These are active, living, permanent small structures present in the cytoplasm & concerned with cell function.

The central part of most plant cells is occupied by a large vacuole. It is a sac-like structure filled with fluid. Food wastes pigments and other substances are dissolved in the fluid. Some plant cells have a number of large vacuoles.

Vacuoles are not so common in animal cells.

When they occur, they are much smaller in size.

These organelles are not present in animal cells. Chloroplasts (a type of plastid) contain the green pigment chlorophyll and are responsible for photosynthesis. Only green parts of plants have chloroplasts.

There are two other types of plastids called chromoplasts and leucoplasts. Chromoplasts contain pigments that give fruits and flowers their colors. Leucoplasts store food and are found in the storage organs of plants. 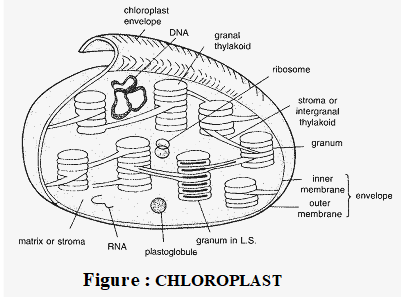 The endoplasmic reticulum is a network of tube-like structures running through the cytoplasm. If ribosomes are attached to it, the reticulum is rough, otherwise, it is smooth.

Function – It gives internal support to the colloidal matrix (cytoplasm).

Rough endoplasmic reticulum (RER) is associated with the synthesis of proteins.

Ribosomes are extremely Small, round bodies found either in the state in the cytoplasm or attached to the surface of the ER. They are composed of ribonucleoprotein (ribonucleic acid and protein).

Functions –  The main function of ribosomes is to act as a platform or workplace for the synthesis of proteins.

Mitochondria are small, rod-shaped organelles found in large numbers. Each mitochondrion is bounded by two membranes-outer and inner. The outer membrane is smooth and the inner membrane is pushed inwards at intervals forming crests called cristae. The cristae lie in a ground substance called a matrix. Mitochondria process enzymes necessary for the oxidation of carbohydrates. This process releases energy in the form of ATP. This is why mitochondria are known as the powerhouses of the cell. Mitochondria have their own DNA and ribosomes. They can synthesize their own proteins. 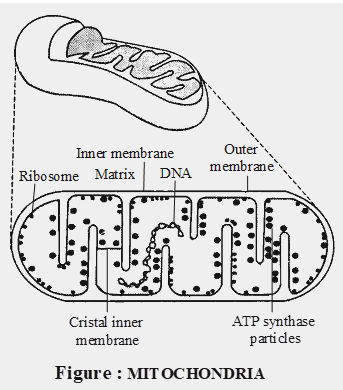 The cell is the functional & structural unit of life as all the metabolic activity takes place in a cell.

The study of the structure & composition of cells is known as cytology.

What is the Shape of Cells?

The Cells of animals & plants may be oval, spherical, cuboidal, columnar, polygonal, or spindle-like. The neuron is the longest cell in an animal body.

What is Cell Wall?

In addition to the cell membrane, plant cells have an outer thick layer called a cell wall. It is non-living and it mainly composed of cellulose.